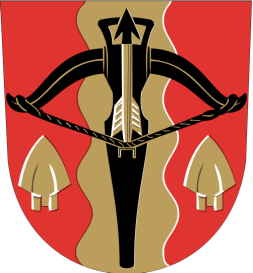 Lempäälä is a municipality in southwestern Finland with 22,560 inhabitants. Lempäälä is located south of the city of Tampere. The municipality covers an area of 307.07 square kilometres of which 37.51 km2 is water.
The municipality center of Lempäälä is situated on an isthmus between the lakes Vanajavesi and Pyhäjärvi which are connected by the Kuokkalankoski rapids and the canal of Lempäälä that was built during the 1870s and is still in use.
The Municipality is twinned since few years with the municipality of Castiglione del Lago, during this period we already organized several meeting in both countries in which were involved administrations, organisations and ngo’s. The town is very active in the field of reception of migrants and since several years activated a strong net in collaboration with organisations, local schools and neighboor Municipalities.
The Municipaly is very careful to the problems related to immigration and will play a key role in the developing of the activities. They already are engaged on the developing of a festival dedicated to the Journey of the immigrants, to their life and adventure to achieve the north of Europe, to sensitize the other culture to what is it behind the migration processes and to decrease the populist sentiments. Finland is one of the country that refugees and migrants try to achieve, passing through the Mediterranean Sea or the East European borders. Lempäälä is very active in the field of social and economic helps for refugees and migrants. They will be able to spread to other partners their best practices and the town’s ngo’s will play an important role. During all the events and activities we will organise, we will be able to understand the real consequences and benefits of the good immigration policies, at local and national level.